The State of Blockchain & Crypto-Assets in Indonesia, Malaysia, and Singapore

Blockchain technology and its utilities are rapidly drawing more interest from both the public and private sectors all around the world with its constant ongoing development. Southeast Asia is a region that is home to more than 650 million people - which is more than the EU today - with a large and younger tech-savvy demographic. Nations all around the world have their own roadmap and state of development with regards to blockchain technology and this post will take a look at the past, current, and future state of blockchain in this region and in particular the countries of Indonesia, Malaysia, and Singapore.

A Brief History of Blockchain in Indonesia

As with other countries, the advent of Bitcoin sparked the local appetite for digital assets. One of the earliest blockchain companies to be formed in Indonesia - Indodax (also previously known as bitcoin.co.id) - has now become one of the biggest domestic digital asset exchanges in the country with more than 1.5 million registered users as of 2019.

In the following years, a few local blockchain industry consulting companies such as Blockchain Zoo and Blocksphere started to offer services to consumers and companies interested in Indonesia’s growing blockchain scene. In 2017, there were also a couple of local tech companies that started their first steps into the blockchain industry like Dattabot - a leading Indonesian big data analytics company - which later launched their own token project to add services to the food and agricultural sector by partnering with the largest poultry producer in Indonesia.

Existing startup tech companies also began to increase their research into blockchain and made their own investments into the blockchain sector, which resulted in more projects gaining the necessary funds to launch their projects and recruit promising local talent. All of this momentum helped to broaden awareness of the potential for the blockchain industry to add value to businesses moving forward and the economic opportunities afforded to prospective & current developers.

What’s the Current State of Regulations on Blockchain & Crypto-Assets in Indonesia?

Currently, Indonesia prohibits the usage of Bitcoin and any other crypto-assets as an official method of payment. Instead, crypto-assets are legally designated as an asset rather than a currency. The Indonesian government has also made efforts to create a regulatory framework to legalize several digital asset exchanges in the country. Thus far, only one company has been approved and received a license from the Commodity Futures Trading Regulatory Agency (Ministry of Trade) to conduct business while the other companies that have applied are still awaiting approval.

Aside from crypto-assets, blockchain technology and the concept of “smart contracts” are increasingly mentioned in the discussion regarding fintech regulation, with formal lobbying of government officials done through ABI (Indonesia Blockchain Association). In this regard, local fintech companies in Indonesia are allowed to use and implement blockchain technology, and blockchain solutions are treated as a part of the ongoing drive in fintech innovation.

What’s the Short-term & Long-term Future on Blockchain & Crypto-Assets in Indonesia?

It is still too early to make a definitive prediction, but interest in blockchain is gradually increasing while adoption is following. Indonesian companies are still researching on how to best deploy the technology properly to realize benefits for both themselves and consumers. So far, there are only a very limited number of business players that have the resources to do all of this. Hence, actual blockchain adoption is still driven by only a couple of large local businesses. In the long run, great opportunities should abound due to the large potential for blockchain technology to form the back end of the next technological era in enterprise software.

Any Interesting News & Developments on Blockchain in Indonesia?

As mentioned above, Indonesian has its own formal blockchain association with the aim of educating and engaging local regulators. In fact, a couple of governmental bodies such as Indonesian Customs have already embraced the usage of blockchain-based solutions for supply chain data.

Bank Central Asia (BCA) - Indonesia’s largest bank - has also entered into blockchain by hosting local hackathons to encourage the development of blockchain technology for fintech companies. These competitions are open to students, start-ups, developers, and more, and have garnered support from the Indonesian government.

A Brief History of Blockchain in Malaysia

In January 2014, Bank Negara Malaysia (The Central Bank of Malaysia), announced that “Bitcoin is not recognized as legal tender in Malaysia.” Despite this, the local blockchain industry has continued to make progress. In 2018, Malaysian authorities required Malaysian virtual currency exchanges to mandate KYC (Know-Your-Customer) adherence, including the collection of ID documentation, aimed at increasing transparency. According to the documentation, this regulation came into effect, “due to rapid development in the field of digital currencies, increasing functionality of its use, growing adoption and its global nature.”

“The Ministry of Finance views digital assets, as well as its underlying blockchain technologies, as having the potential to bring about innovation in both old and new industries. In particular, we believe digital assets have a role to play as an alternative fundraising avenue for entrepreneurs and new businesses, and an alternate asset class for investors.”

After the new rules came into effect in January 2019, Malaysia began approving exchanges in June 2019. Within the space of four years, Malaysia has been seen taking steps towards properly regulating the sale and purchase of crypto-assets.

What’s the Current State of Regulations on Blockchain & Crypto-Assets in Malaysia?

The regulations Malaysia have put in place in recent years have laid the groundwork for the future of crypto-assets in Malaysia.

Today, the Malaysian crypto-assets market has been extremely resilient in the face of COVID-19. Despite a total lockdown during the height of the pandemic, new crypto-asset exchanges have been approved to operate. Insiders estimate that only 1% of Malaysians are exposed to digital assets currently and that in a few years time Malaysia “will have a robust digital assets market comprising institutional and retail investors.”

What’s the Short-term and Long-term Future on Blockchain and Crypto-Assets in Malaysia?

The future is bright for blockchain and crypto-assets in Malaysia. In January 2020, the Securities Commission announced upcoming Initial Exchange Offering (IEO) regulations. The new guidelines allow digital token offerings to be carried out by a recognized platform operator. This would give enterprises a new method of fundraising and investors a new asset class to consider.

The long run will see more user adoption of crypto-assets and blockchain in Malaysia. The COVID-19 pandemic has created a wave of new demand for crypto-assets in Malaysia. This trading is facilitated through the government approved exchanges mentioned previously. It is also reported Malaysia’s national stock exchange will explore the digitization of the country’s bond market through a proof-of-concept blockchain project.

A Brief History of Blockchain & Crypto-Assets in Singapore

Singapore has positioned itself as a business friendly, pro-blockchain nation. According to the IMDA’s Future of Services report, the Singaporean blockchain market has the potential to achieve a range of market spending between US$201 million to US$272 million market in 2022 and US$1.9 billion to US$2.6 billion market by 2030 with a CAGR of 32.5%. This rapid growth is underpinned by strong government support to build Singapore’s reputation as a blockchain friendly economy.

What’s the Current State of Regulations on Blockchain & Crypto-Assets in Singapore?

Blockchain technology has been nurtured in recent years by a number of pro-active government initiatives. Some of these initiatives are now bearing fruit. Project Ubin is one of these initiatives, developed by The Monetary Authority of Singapore (MAS) and state investment firm Temasek. This project, launched in 2016, is building a blockchain-based multi-currency payments network prototype, and it was recently revealed in July 2020 that the prototype testing has been successful. Working with commercial partners such as J.P. Morgan, the prototype successfully settled payments in different currencies on the same network. An international settlement network, modeled after this payments network prototype, could enable faster and cheaper transactions than conventional cross-border payments channels.

What’s the Short-term and Long-term Future on Blockchain and Crypto-Assets in Singapore?

Blockchain has an extremely positive future in Singapore, due to established technology infrastructure, the presence of global, tech-native multinational companies, and a blockchain friendly government agenda. Singapore proudly hosts many blue-chip technology companies such as IBM, Google, Accenture, SAP and Facebook, and has a strong market of qualified tech workers. There has also been commitment from academia to offer blockchain and crypto-asset education programs.

Associations also play a vital role in developing ecosystems, and Singapore is home to many. These groups and other fintech-focused organizations all aim to improve the adoption and commercial use cases for blockchain.

Overall, there is an extremely strong ecosystem of talent and opportunity being nourished in Singapore. This means that the future looks extremely bright for blockchain and crypto-assets in Singapore. 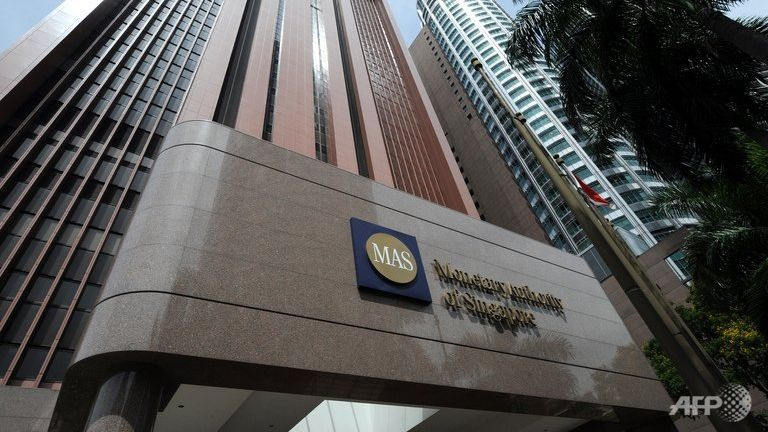